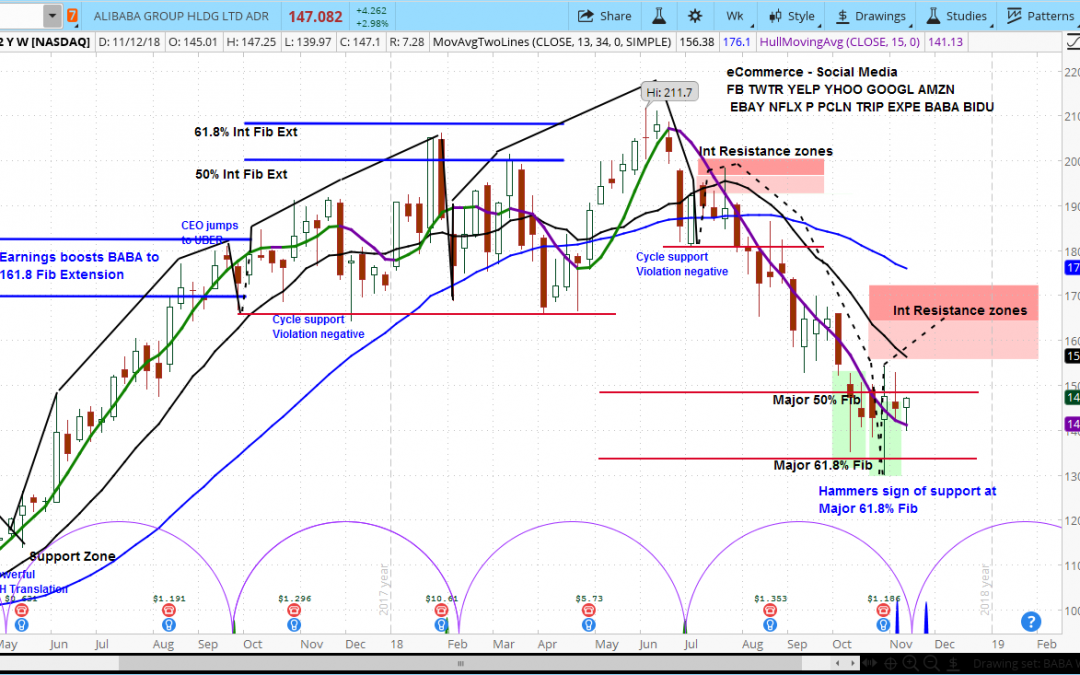 US Treasury Secretary Steve Mnuchin and Chinese Vice Premier Liu He have started preparation for their respective boss’s meeting at the end of November. At that time, President Trump and Chinese President Xi Jinping are planning to meet over dinner at the G20 summit in Buenos Aires.

Mnuchin would like for China to begin the talks by making an offer that would set the foundation for the negotiations. However, Vice Premier He appears to want to move a bit slower, indicating that he is uncertain about what can realistically be achieved in such a short timeframe.

That’s a little surprising given the degree to which Chinese stocks have been negatively impacted by the trade war. Since hitting their YTD highs, the China Large Cap ETF (FXI) has lost a quarter of its value and Alibaba has declined by 30%.

In analyzing the market cycles for BABA, we can see that a short-term bottom appears to be in place, with the stock now in the rising phase of a new cycle. While we are negative on BABA on a longer time frame, we expect it to rise to a near-term resistance zone between between $155-165.

“Thanks for the follow-up.  I cannot begin to tell you how important your charts are to my trading.  Your cycle bracket analysis, support/resistance levels and notes about significant technical indicators have given me a new confidence in trading that I never had before.  As a person that wants to make his own decisions about when to buy, sell or short a stock, information and confidence is key.  Your videos continue to be very informative and helpful as well. Thanks for such a great product.”