Look For More Volatility, As Stocks Set To Extend Bounce And Then Fail 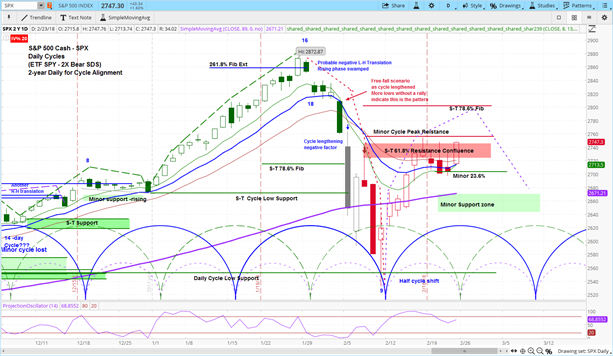 While the VIX eventually dipped below 17, it flirted with 20 for most of the week. They often spent most of the day rising, only to lose their strength towards the close. On Friday, they saw a very strong move higher towards the end of the day.

The week in the US began on Tuesday, as Monday was President’s Day. Stocks broke a six day move higher, as Walmart (WMT) reported mixed earnings, wiping out 10% of its value. Bonds were also on the move, with 10-year yields drifting above 2.9%, possibly anticipating big Treasury auctions later in the week.

On Wednesday, the Fed released the minutes from the January meeting, in which they appeared to signal that a fourth rate hike for 2018 was a distinct possibility. This pushed the stock market lower in the last hour of trading, as well as after the close.

On Thursday, the Department of Labor indicated that the economy remains strong, announcing claims for unemployment assistance for the previous week fell by 7,000 to 222,000, compared to expectations of 230,000. Also, after the Energy Information Administration announced a drop in crude oil inventories, oil prices rose on Thursday and Friday. After dipping below 60, they ended the week at $63.57.

On Friday, stocks rallied in the afternoon, with the SPX closing 43 points higher at 2747, below the point at which they had failed three times before and at which they opened on their big gap lower earlier this month.

Over the course of the week, the US government successfully auctioned $258 billion in bonds. As investors are still apparently hungry for public debt, the auction exerted a downward pressure on prices, and of course pushing yields higher as a result.

This happened just as the 30-year bonds were not only oversold but also beginning a new market cycle, as shown on the chart below. Stay tuned, as we will likely be doing another “Big Picture Analysis,” this time focused on the bond market. See below for our previous analysis, focused on stocks. 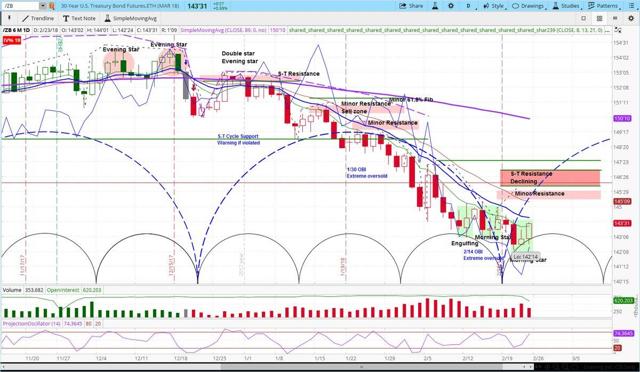 The S&P 500 (SPX) daily chart at the beginning of this article shows our projection for the coming week. It suggests a rally attempt, then a turn lower with resistance at last week’s high of 2757. If it breaks through, the impulse could take it to the 78.6% Fibonacci retracement level at 2802.