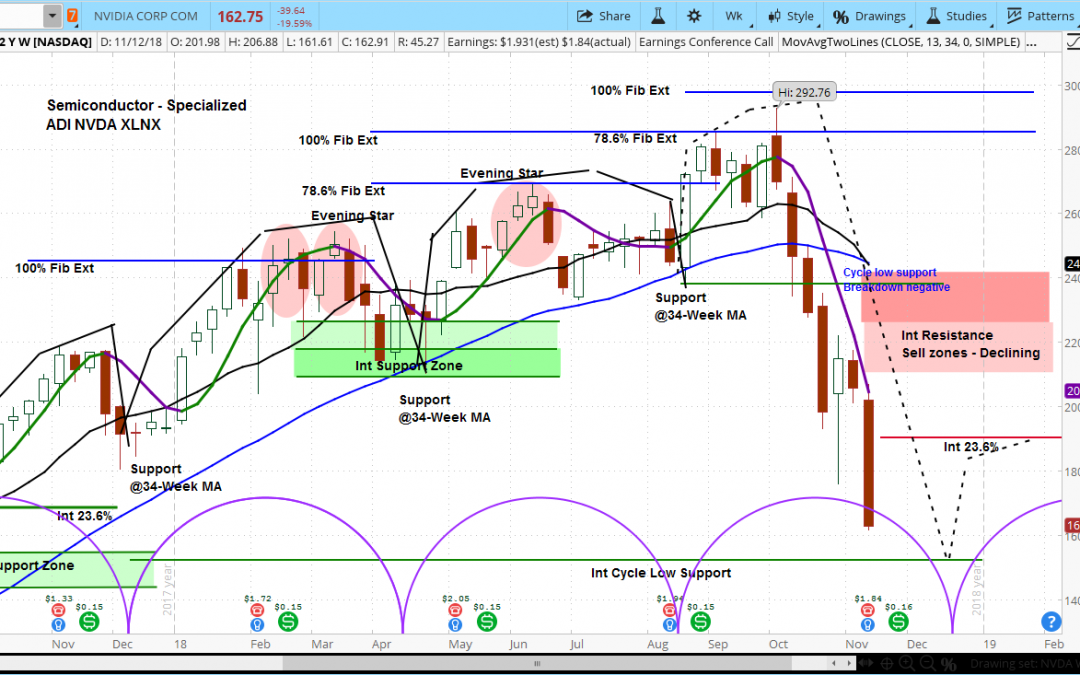 The chipmaker reported earnings per share of $1.97 and total revenue of $3.18 billion, compared to analyst estimates of $1.72 and $3.24 billion. With regards to guidance, management estimated $2.65-2.75 billion, below the average analyst estimate of $3.4 billion.

“We were clearly wrong on the stock, as we underestimated the magnitude of the channel inventory build in mid-range Gaming GPUs,” explained Goldman Sachs analyst Toshiya Hari. Goldman then removed Nvidia from its “conviction” list, maintaining a “buy” rating with a new target of $200.

In analyzing the market cycles for Nvidia (NVDA), we can see that it continues to trade in the declining phase of its current cycle. The stock previously broke cycle support, around $239, which is the point at which it started the current cycle. We have had a negative outlook since then. Our current projection is for a decline to around $152, and then a bounce in December.

“Slim I want to thank you for all the hard work you put in your charts. I have been trading for about 10 yrs, have seen countless amount of information but none close to yours. I like the clarity that your charts give and your weekly take on what is going to happen the following week.”