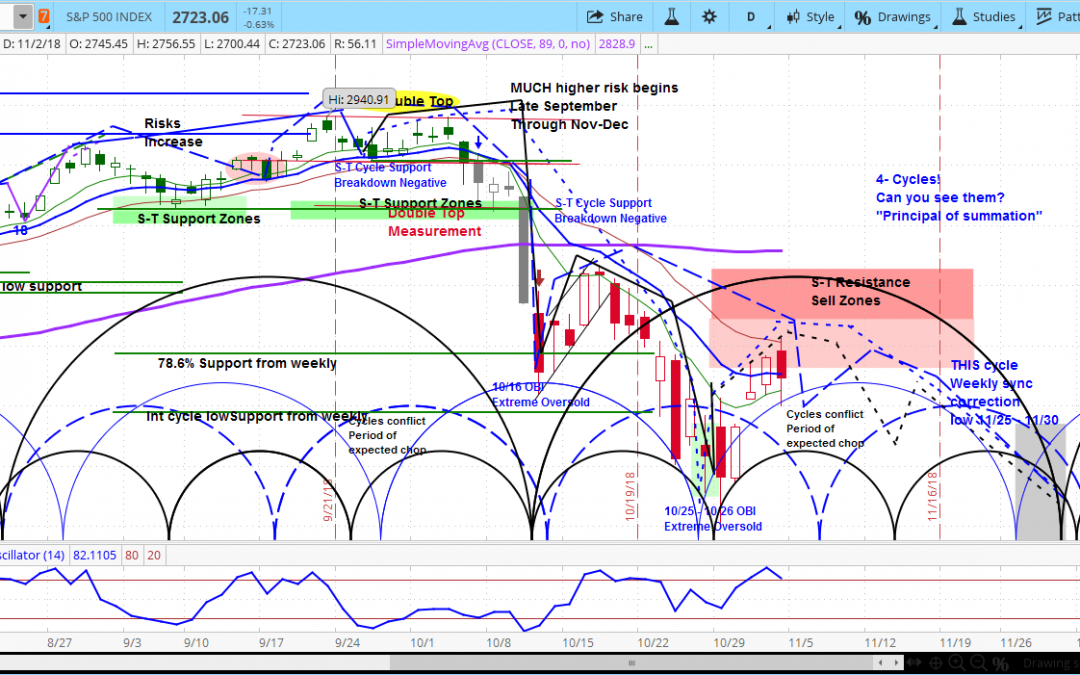 Stocks were up last week after the worst October since 2011, as I pointed out in the latest Market Week show. Yet by Friday the move higher appeared to be stalling.

Early in the week, Asian stocks reacted positively to news that the Chinese government was considering reducing its auto tax to 5% from 10%. However, stocks fell after a report that the US government was planning a new round of tariffs for December.

With the midterm US elections approaching, Trump focused on positive events such as his “long and very good conversation” with Chinese President Xi. Downplaying the details, he opined that the US and China would soon to come an agreement that would end their ongoing trade dispute.

Trump even said that he had instructed his team to prepare a plan to present to Xi during their dinner meeting at the upcoming G20 meeting in Argentina. However, chief economic advisor Larry Kudlow did not confirm the statement.

Aside from trade, earnings season continued to march forward, with Facebook (FB) and Apple (AAPL) amongst those who reported. While they had pretty good results, Apple’s modest expectations for holiday sales helped push stocks lower towards the end of the week.

Another factor pushing markets lower was Friday’s jobs report, which exceeded market expectations. All indications are that the economy continues to blaze forward with unemployment at 3.7%. However, some investors may have been unnerved by headwinds posed by rising wages.

Oil prices continued to decline last week, despite the upcoming Iran sanctions – down 17% since the three year high reached in October. Some of this may be related to lower demand as a result of slowing growth. However, supply is also a factor, with OPEC production in October up by nearly 400,000 barrels per day compared to September.

In this environment, we believe it’s unlikely that we’ve seen the bottom for this correction. Our view is that the intermediate market cycles suggest sharply lower prices. What we are seeing now is inevitable as the bulls fight back. We have our eyes peeled to see whether the market makes a lower low before making a higher high. 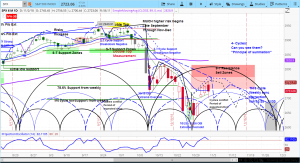 For this week in the stock market, our analysis is for competing minor cycles to produce choppy price action. Our resistance zone stretches a little above 2800, but we see that as an extreme. With negative momentum still in place, our view is that the risk in this market is to the downside. Even though the midterm elections may bring price swings, we expect the current range to continue, with a minor change likely on the week.