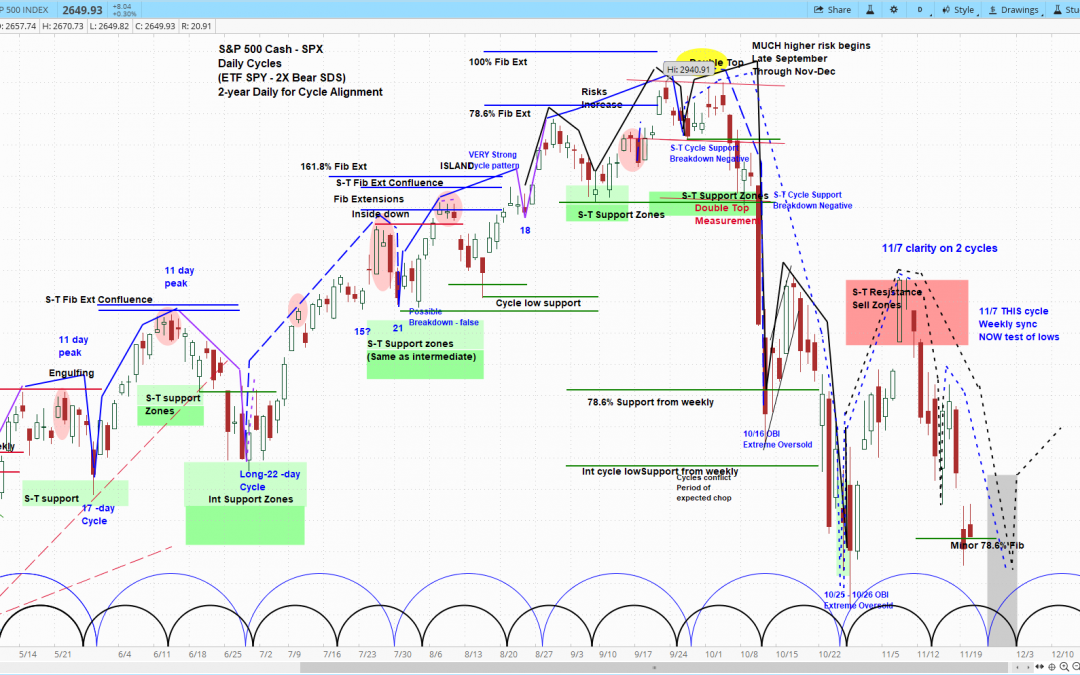 Coming into last week, Vice President Mike Pence made strong comments that may have led some investors to believe that the trade war between China and the United States was not necessarily approaching resolution.

“The U.S. will not change course until China changes its ways,“ explained Pence at the Asia-Pacific Economic Cooperation Forum in Papua New Guinea. US equity futures opened lower on Sunday afternoon and spent the next two days sinking further.

Also, Apple (AAPL) is having issues selling thousand-dollar phones, as I pointed out in the latest Market Week show. The stock lost another 11% last week, after reports from its suppliers that it was cutting orders for components of all of the new iPhone models.

Bitcoin lost 24% on the week, which was the second leg lower for the cryptocurrency after having peaked at nose-bleed levels earlier this year. Last week’s downtick made semiconductor-fueled Bitcoin mining operations less profitable, which helped push the Vector Semiconductor Fund (SMH) lower by 3.5%.

Crude oil also tanked last week, falling over 10% after a brutal Friday. The heavy selling was a result of concerns about a supply glut amidst a weakening global economy. OPEC will consider putting limits on the production of its members at its meeting in early December.

Each week we engage in the often thankless task of projecting price action for the coming week. Our approach to technical analysis focuses on time-based market cycles.

Our analysis of the S&P 500 is for stocks to continue to show weakness, targeting the “nested low” period that connects the minor cycle with the intermediate term cycle. This period is shown in gray in the chart above.

The SPX is currently trading in our support zone, which bottoms at around 2600. We see continued weakness into the middle of next week, before the market bounces higher.