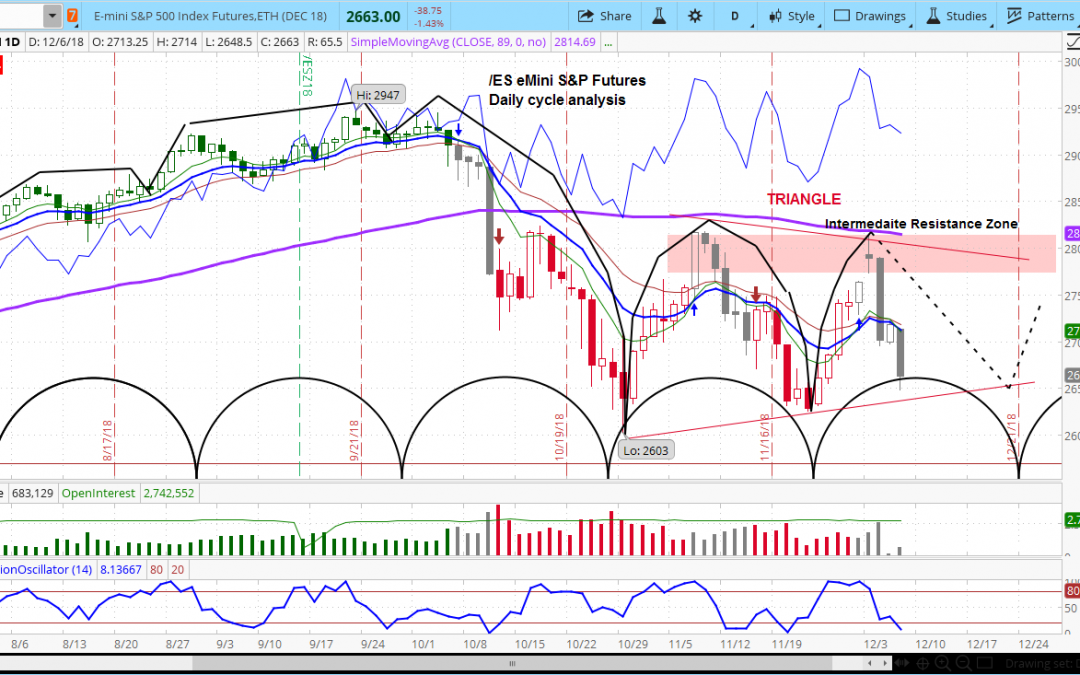 Canadian authorities took Sabrina Meng into custody on December 1 on charges related to violations of sanction on Iran imposed by the US. This was done as a part of an investigation of the US Attorney for the Eastern District of New York so that she could be extradited.

The Chinese embassy said in a statement, “China has made solemn representations to the United States and Canada, demanding they immediately correct their wrong behaviour and restore Ms Meng’s freedom.”

The arrest complicates relations between the US and China during a period in which they are trying to negotiate a complex trade deal. Yet it’s not clear how much influence those involved with the negotiations will have on the investigation, which involves a measure of independence.

With the S&P 500 falling sharply, our analysis has shown major deterioration, with an expectation of a rebound into early 2019. The chart patterns now indicate riskier conditions. We note the market cycles and the “flag pattern” which is likely to resolve to the downside.

The question is how long this range can hold up. With oil down again, it is clear how susceptible stocks are to downside risk. We believe that short-term market cycles suggest that this weakness could last until around December 23, after which our expected bounce is likely to occur.

I just finished watching your style and strategy segment on respecting the trend. I have to say, you couldn’t have better tailored a segment to address what’s ailing me. This segment alone would be worth the cost of a year’s subscription (if not more). Fantastic advice! Thank you so much,”