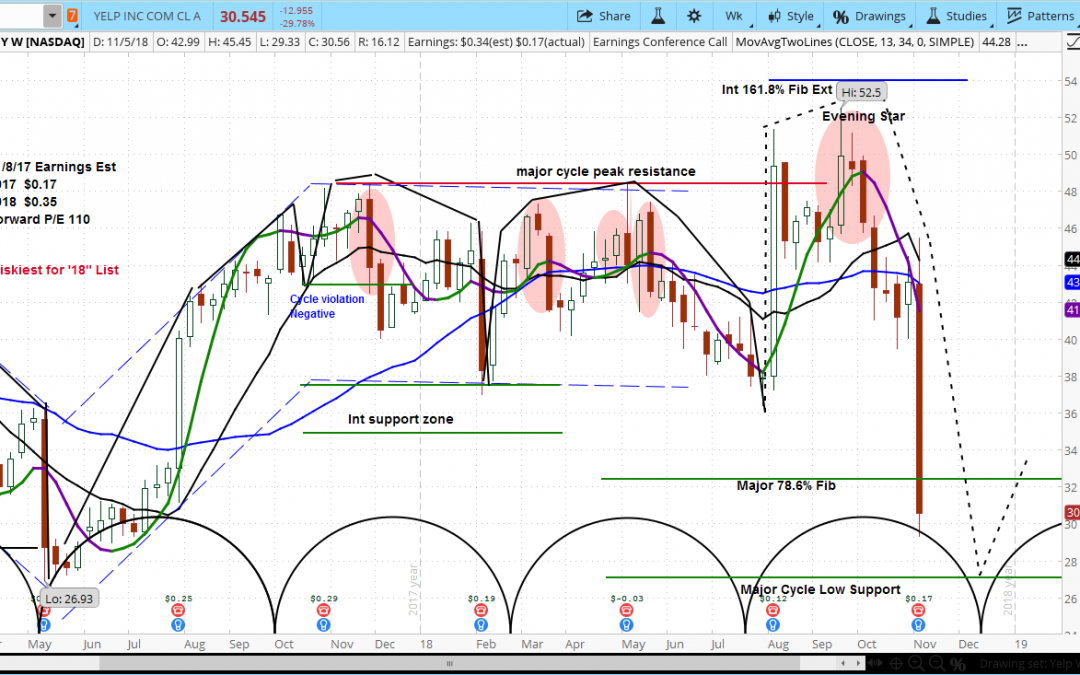 The online review company reported earnings per share of $0.17 and total revenue of $241 million, compared to analyst estimates of $0.10 and $246 million. Management also lowered its annual guidance to $938-942 million, which is below the consensus of $963 million.

COO Joseph Nachman explained that, “We don’t believe there are any external factors that fundamentally change Yelp’s position in the marketplace.” Rather, Nachman pointed to internal issues including the company’s own sales strategy that transitioned to shorter term contracts. The outcome is that the firm added zero net new advertisers.

In reviewing the market cycles for YELP, things look bad. We can see the stock is clearly in the declining phase of its current cycle. Furthermore, it has broken down below the point at which it started this cycle. And finally, YELP still has several weeks left in this cycle. Our target is $27 by early December, then we expect a bounce, followed by more problems into 2019.